Elephant and Castle station, situated in zone 1 & 2, is considered one of the busiest Stations in Central London. Located here is the Elephant and Castle shopping center, London College of Communication, Southbank University, the Imperial War Museum, Ministry of Sound and the Faraday memorial.

One of the features of Elephant and Castle that frequently gets overlooked by passers is the Architecture that surrounds it. Elephant and Castle shopping center was one of the most anticipated schemes of the post-war era (AL Thorpe, 2007). Unfortunately, just 9 months before Elephant and Castle shopping Centre was open, only half of the shops had been let out or had attracted any interest. This means that there were delays upon completion, and less money to play with, therefore what came out of the initial proposal was a much cheaper version… a windowless building. Nowadays, the Elephant and Castle shopping center is run by local businesses and some supermarkets such as Pound land and Tesco express. The building itself is run down and bleak. The Shopping Centre has a certain melancholy about it, the thought of it still remaining seams paradoxical. It may have been the focal point of the post-war scheme, but it was a letdown all along. 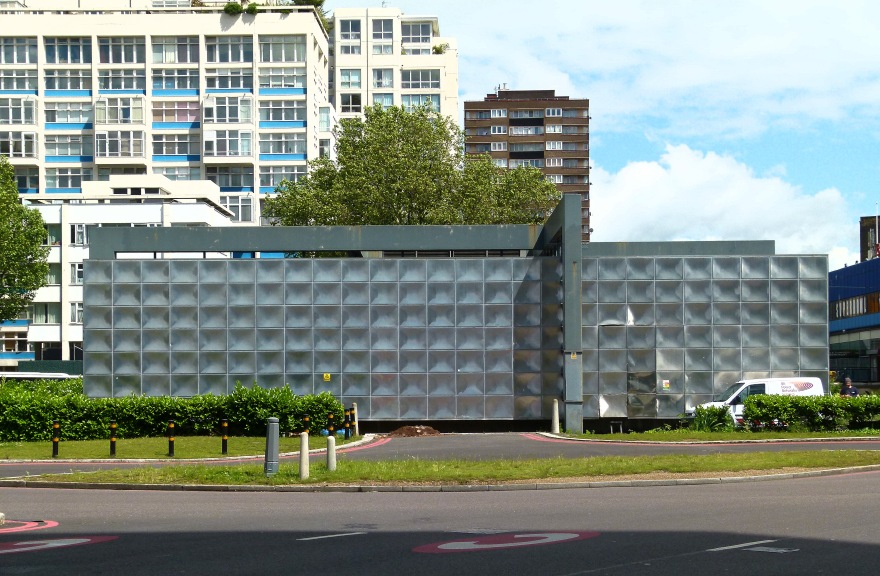 Here you will also see classic examples of Brutalist architecture, such as the Faraday memorial. It sits between the Southbank University exit and the shopping centers exist. The stainless-steel structure, placed on concrete in a box like structure, is an example of raw Architecture. The memorial itself feels cold and emotionless; the grid like repetitive pattern on the outside is bold and bitter. Many people walk past it every day, knowing that it is there however do not know the purpose of the building or the meaning behind it. It is bold, brash and confrontational, however, sometimes unnoticeable. In Jane Madsen’s short film elephant steel (Madsen, 2012); you can see how the light and the mirror of the traffic reflects off the cold steel blocks on the building as the world goes by. The sky and surrounding area bounces on and off each grid, creating several different patterns at the same time.